In this day and age, installing solar panels for your home is becoming more affordable, efficient, and accessible all across the nation. It’s no longer just a quirky toy for the rich and famous to play around with. As a result, many people are now considering solar power as a viable solution for themselves.

1. Control Your Own Power

You may not know it, but dealing with an electric company can be very unpredictable in various ways. Not only can the amount you pay fluctuate based on different factors, but the whole grid can go down too. Having solar panels and a battery puts more control back into your hands.

To start with, the cost of electricity has steadily gone up in the past decade. This isn’t something that is likely to change either, so investing in solar now can save a lot of money. On average, signing a Solar Service Agreement will save you cash when compared to your local electric company.

As previously mentioned, paying for electricity can be very unpredictable. This is because some areas enforce Time-of-Use rates, or TOU for short. Basically, companies will charge you more when you use electricity during peak times, and then charge less during low demand periods. If you know what those peak times are, you can use your solar panel during those moments to maximize your savings.

In addition, blackouts are becoming more common as preexisting grids get older and older. The pandemic has also made these kinds of events more common in certain areas. Having a solar-powered battery as a backup plan will give you a buffer from these incidents.

Unlike other power sources like coal and natural gas, solar power generates no emissions, air pollution, or greenhouse gases. More importantly, it is a source of renewable energy that can be scaled to a personal home.

While it is true that manufacturing solar panels generates emissions, all of that is front-loaded. Once a system is installed and operating, it helps dramatically with things such as air pollution. Studies have shown that using this type of energy can prevent up to $167 billion in health and environmental damages. It is also estimated that a household that switches to solar will save the equivalent of 5000 pounds of coal in carbon emissions.

The potential for solar power is almost limitless because of how constant the sun is. We get a set amount of sunlight every day. It is estimated that capturing just one hour’s worth of solar energy could power the entire world for a whole year. Advancing the usage of this kind of technology would mean a cleaner future for everyone.

This is almost a no-brainer, because adding onto your property would obviously add to the value of your home. However, many people might be surprised by the total amount that it would add. On average, having a solar panel and battery system in place equates to a 4.1% boost in value. That means a property valued at $500,000 could add over twenty thousand dollars to its total worth.

What that essentially means is that solar panels are a great investment, because you’ll get a lot of that back when you sell your home. In fact, many homeowners will recoup the total cost of solar panel installation when they do decide to sell. Recent studies show that each kilowatt of solar panels equate to between $4,020 and $5,911 during resale.

Related to that is the statistic that houses with solar panel systems installed can sell faster. In some cities, a solar-powered home sells around 20% faster than one without.

With that in mind, you can rest assured that setting aside money for solar panels is a good investment. Even if you never plan on moving or selling your home, increasing your property value is a good thing.

For those that choose to buy their systems instead of renting, there is a lot of money to be saved through incentives and tax breaks. Absorbing the cost up front can be expensive, as you can expect to pay around $20,000 to own panels. That is a lot more than renting or paying a monthly rate over time. However, there are benefits to purchasing everything all at once. you can get a chunk of that cash back through various credits, rebates, and other systems.

SREC stands for Solar Renewable Energy Credits. Some states have Renewable Portfolio Standard (RPS) legislation set in place. What this means for electricity companies is that they are required to provide a percentage of their total energy from renewable sources. Part of that process is buying solar credits from homes with solar systems installed. This can either be done through websites, brokers, or even through your solar installer. For the latter, the solar company will pay you a single lump sum for the rights to your SRECs so that you don’t have to deal with it.

Another way you can make money from your solar system is through net metering. In some cases, you will generate excess energy that exceeds your battery capacity, which is then sent back into the grid. In turn, the electric company will pay you for that energy, which can be applied to your next bill. This can come in handy for moments when your panels aren’t generating much electricity, like an extended period of bad weather.

This is a something that benefits earlier adopters, as the amount you save will go down over time. Homeowners who pay for a solar system will get tax credit based on the cost of installation, which is currently set at 26% through 2022. This is slated to go down to 22% the following year, before expiring completely in 2024 unless renewed by Congress. Knocking off 26% off a $20,000 system can be pretty significant, and something you should keep in mind when planning your financials.

In addition to getting money back from the federal government, different states also have systems set in place to reimburse owners of solar systems. A good place to look for more information is dsireusa.org, or the Database of State Incentives for Renewables & Efficiency. By going to the website, you’ll find an organized listing per state of all the policies and incentives you can qualify for.

Also known as PBIs, a Performance-Based Incentive payment is based on actual production of the solar panel system. These can be either be paid over time based on the amount of energy produced over a certain period, or up-front based on how many kilowatts the system generates when it is first installed.

There are other tax-related exemptions that owners of panels can take advantage of. In many areas, you can exclude the value of the solar system when calculating property tax. Some states also offer sales tax incentives on the purchase of systems. As always, doing your research ahead of time can result in a large amount of savings.

5. Solar is Cheaper than Ever

Like with most other “new” technologies, the cost of solar keeps going down as time passes by. In 2010, homeowners could be expected to pay around $40,000 to get panels installed. Today, that number has plummeted dramatically to around $18,000 or even less. Prices can only fall so much though, so you don’t want to wait too long. Combined with the fact that federal tax credits are eventually going away, it is now the perfect time to get started on your solar journey. 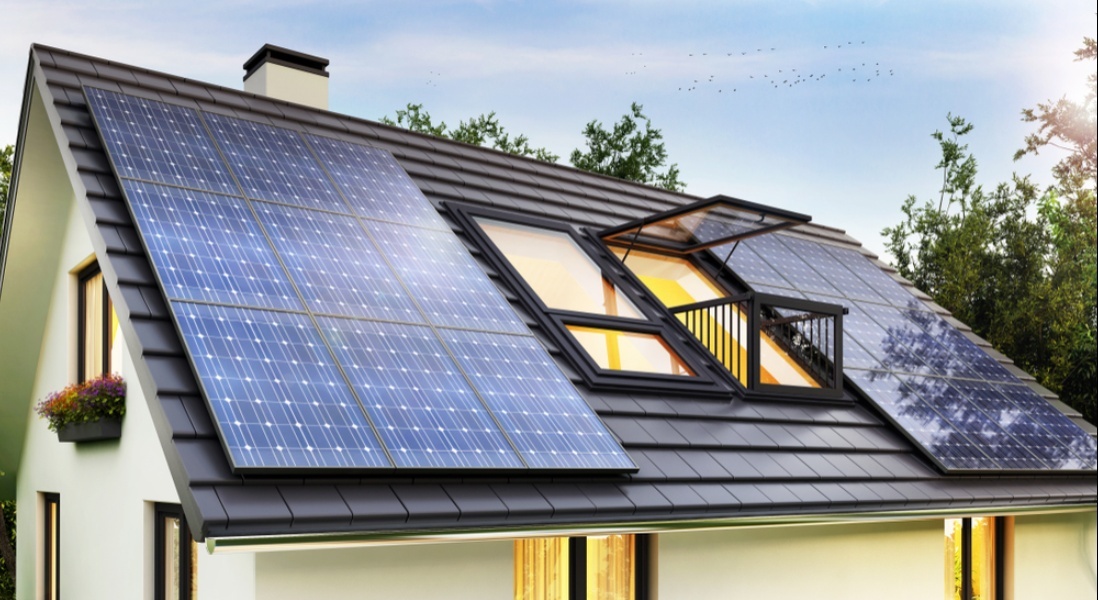