For some people, Driving is a way to get from Point A to Point B. But for some people, driving is a true passion. If you’re one of those people who loves to get behind the wheel, there are a number of different career paths you.

The problem is, there simply aren’t enough drivers braving the open road at the moment. To compensate for that, companies are doing the one thing they do best when problems arise: throw boatloads of cash at it. Beyond lining your pockets with money though, there are also several other big reasons why this could be the career move for you.

Show Me The Money
The biggest reason why companies are willing to pay so much for drivers is that the alternative would lose them even more cash. Shipping and logistics are quite literally the backbone of the American economy, and it’s incredibly important to keep that machine churning. With that in mind, starting salaries for truck drivers are as high as ever to entice people who wouldn’t otherwise think of the road as a career.

That value climbs as high as $80,000 in the Midwest, and that’s just for starters. As with most jobs, more experience and skills equate to fatter wallets. That number can cross the $100,000 per year threshold after a while, which is an indicator of the growing demand for skilled drivers.
In addition to growing salaries, some companies are also shelling out additional cash and offers, such as big signing bonuses. For example, Coca Cola was paying $3,500 to new drivers on top of their annual pay, provided they stick with the job for a set amount of time.

Some people have even taken to starting their own trucking companies. After working for some of the big names in the business, Michael and Jeffrey Dow decided to open Dow Brothers Transportation a few years ago. The move proved to be extremely fruitful, as they saw their pay double while taking advantage of the increased need for drivers.

That demand isn’t going anywhere either. Studies and numbers both show that there are constantly spots that need to be filled. It definitely isn’t an industry that is overstaffed, so those that want to hit the open road and get paid for it can find places to work.

No Degree, No Problem

Anyone who has gone on the hunt for a high-paying job before will know that having a college degree is a common requirement. That can take years and years to accomplish, all while costing even more money to do so. While there is training and certifications involved with truck driving, it’s on a much faster track that going back to school.

The certification in question is called a Commercial Driver’s License, otherwise known as a CDL. On average, the time it takes to finish a full-time training program is just around seven weeks. With more intense programs that meet more frequently, that time frame can be shaved down further. That’s a huge advantage over other jobs that take a long time to prepare for.

As mentioned before, some truck drivers start their own businesses. They manage to do this without getting an MBA, instead relying on the experiences they’ve acquired over the years. After all, working at a job is like a form of education, teaching someone valuable ins and outs. There are those that freelance for who they want, or even employ other drivers to form their own fleet.

Seeing The Country
Of course, being paid to haul loads from one place to the other isn’t a vacation, but it does let drivers travel a lot. If that’s something that appeals to you, there are certainly routes that can take you all over the country.

Averaging around 2000 to 3000 miles per week, truckers cover more ground in seven days than some people do in two months. That equates to a lot of scenery passing by your window, and some of it can be quite beautiful.

A Viable Future
Due to the need for truck drivers all across the nation, it’s a good place to start for those who need a high paying job quickly. Once you have the qualifications, you should be able to find work right away and start earning for your family.

Remember that getting a Commercial Driver’s License is much faster than getting any kind of degree. For this reason, many believe that truck driving is the easiest way to start making a livable wage without finishing college. That means you can start training and find your first job before a student has finished a single semester.

However, you shouldn’t just start working for the first company that comes calling. Because of the high demand, you should be able to apply to different jobs to see which would be ideal for you. Once you have your CDL and experience, you are able to provide a service that many need right now. That in turn gives you the power to select a job that best fits your needs. 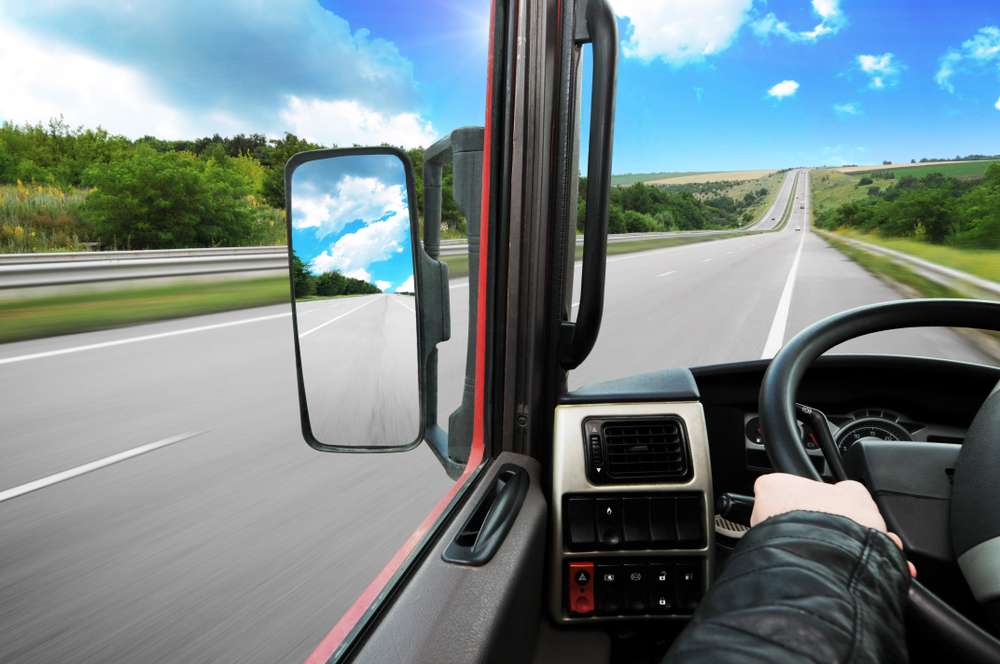