If you are looking to upgrade your smartphone, you won’t want to miss these deals. Just because you want something fancy doesn’t mean you can’t save money too, or even get a new phone for absolutely nothing.

Though Christmas just passed, companies are still in the giving mood. Most launched new phones this past fall so that they can cash in on holiday shopping sprees to make bank. More importantly, that means slashing prices on flagship models that were launched the previous year.

As a result, potential buyers may feel a little overwhelmed by all of the options. After all, you want to absolutely sure that any big purchase you make is the perfect fit.

The most obvious choice is whether to get an iPhone or Android, but there are many other factors in play. How big do you want the phone to be? What about cameras, or access to fast 5G networks? Whichever options you want, there’s bound to be sales to be sure you get the most bang for your buck.

You could even save hundreds by looking at some of the deals below.

Samsung Galaxy Note Family: Up to $700 in Savings

At this point in the game, the Samsung Galaxy Note line of phones is recognizable by name and their sheer physical size. If you get the Samsung Galaxy Note 20 or Note 20 Ultra from Best Buy, you can score quite a deep discount. Trading in your old phone will net you up to $700 dollars off the sticker price, and you’ll earn $150 dollars of Samsung credit as an added bonus.

It should be noted that this deal is for T-Mobile, AT&T, and Verizon versions of the phone.

Speaking of saving money, you won’t have to shell out extra for the Samsung S Pen. Both of the Notes come with the stylus in the package, which is perfect for using your phone as a digital notetaker. More importantly, the Note 20 series has a much larger battery from the previous model. Combined with excellent power saving optimizations, you’ll be able to get through your work day no problem.

To top it all off, you’ll have access to zippy 5G networks for WIFI-like speeds while away from WIFI access.

Several different companies have deals for the iPhone SE right now. Xfinity customers can save $200, which also applies to several other iPhones in their catalogue.

AT&T has an even more impressive price dip of $250. The iPhone SE is already a budget-minded phone with a MSRP of $400. That brings the total down to $150, a terrific value for traditionally steeply-priced Apple handsets. It may use slightly older hardware when compared to the flagship iPhones, but you still get the same iOS experience as the newest models.

Speaking of the iPhone 11, Verizon has a huge markdown on the 11 Pro Max version. If you trade in your old device and also purchase a Verizon Unlimited plan, they’ll take up to a whopping $850 off the total.

That will get you a phone with a 12-megapixel camera, and an impressive battery life that many independent reviewers found to be outstanding. The device was also loaded with tech that was considered top-of-the-line when it was first released, such as Apple’s Face ID.

For those that don’t want a phone locked to a particular provider, this deal for the LG V35 ThinQ might be for you. Amazon Prime members pay $600 less for this Amazon-themed phone, which has an exclusive version of Alexa Hands-Free baked in.

As an unlocked phone, this keeps you from having to sign a new contract with someone like AT&T or Verizon. Instead, you can choose whatever plan you like, or just keep using the provider you are currently with. That gives you the power of choice to go along with your huge savings.

The biggest catch is that you have to be an Amazon Prime member to take advantage of these savings. If that’s a no-go for you, that isn’t the end of the road though. You could call on a family member or a friend with an Amazon account for the assist.

No, the S10 isn’t the newest kid on the block, but it’s still advanced enough to be a good smartphone. Released in 2019, Sprint is offering a $100 discount for customers interested in pinching some pennies.

Of course, sometimes you just have to have something released this year. This deal that comes direct from Samsung fills that itch, taking off more than half the price with an eligible trade-in. The newest phone on this entire list, the Galaxy S21 comes with 2021 features such as a triple-lens camera that can take videos in 8k.

Whether you’ve recently had an accident or you want to try something new, it’s a fantastic time for a new phone. As always, it’s important to shop around to find both the best deal and the best device to fit your needs. This applies to both Android and Apple devices, so there’s likely money to be saved no matter what brand is your favorite 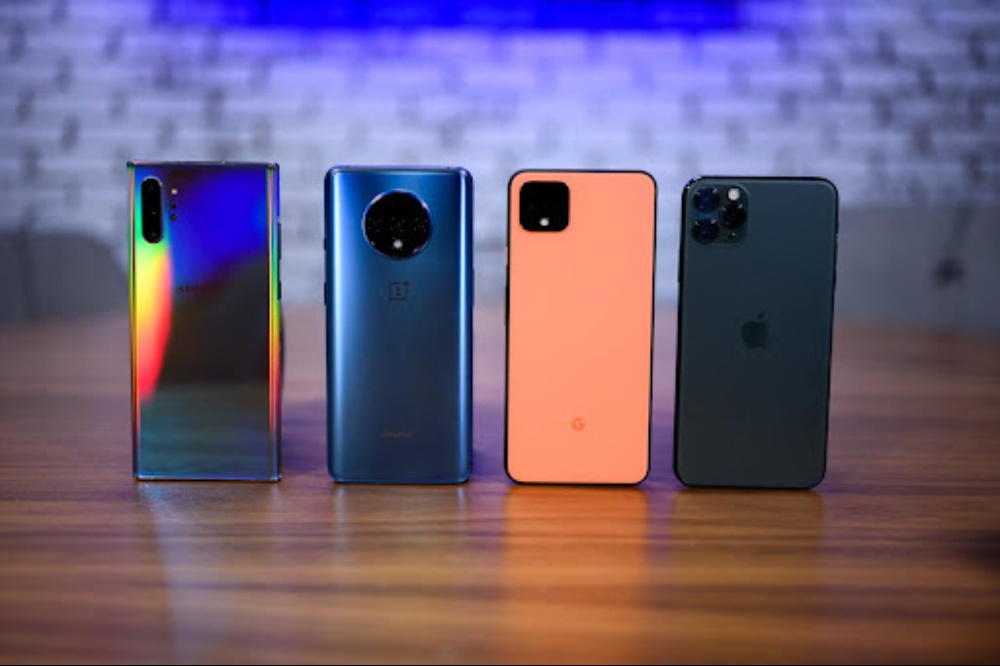